Jason Sugimoto sent me these pictures from the Sioux Narrows area today, and a screen capture of a map to show where they were  taken. 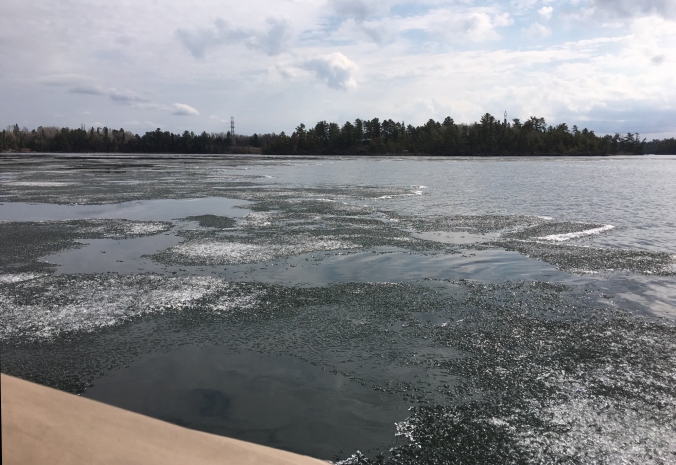 Jason says: Was just out in Sioux Narrows and still some rotten ice in Whitefish Bay. Regina Bay looked ice free but didn’t venture too far into it.

Since this one shows the power line, it might be from the more northerly location. 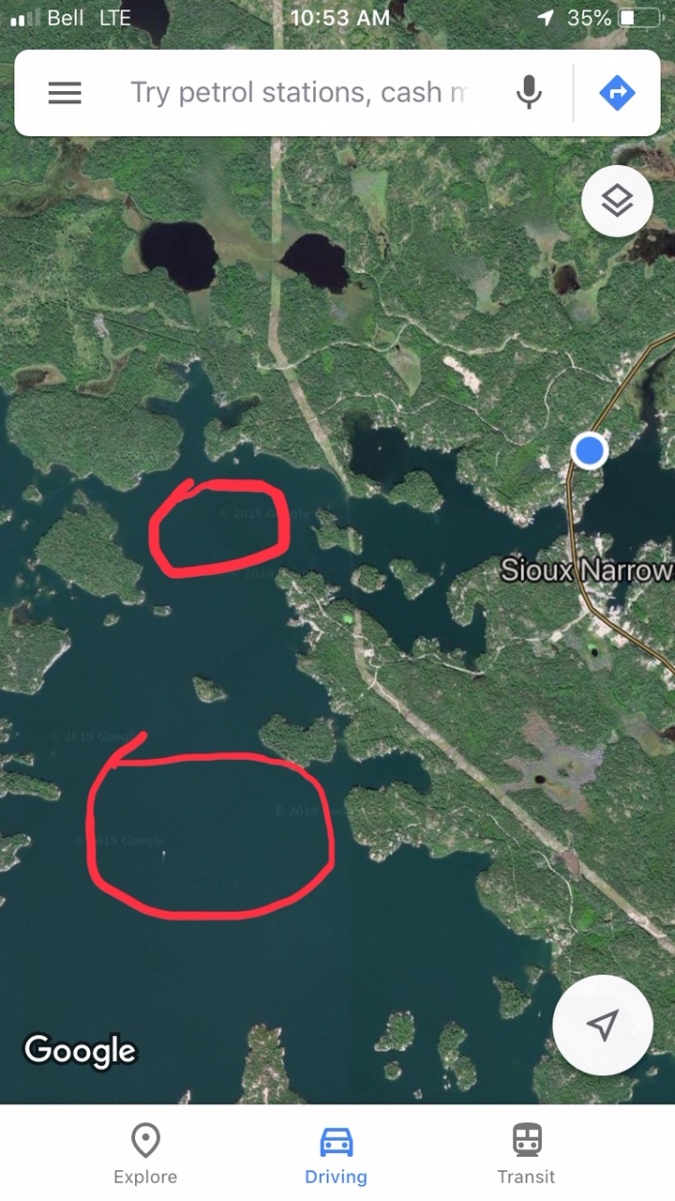 Bear in mind that the aerial or satellite images you see at Google Maps are not current; they’re file images. The forest is not that green yet.

I think this picture’s from the more southerly area. 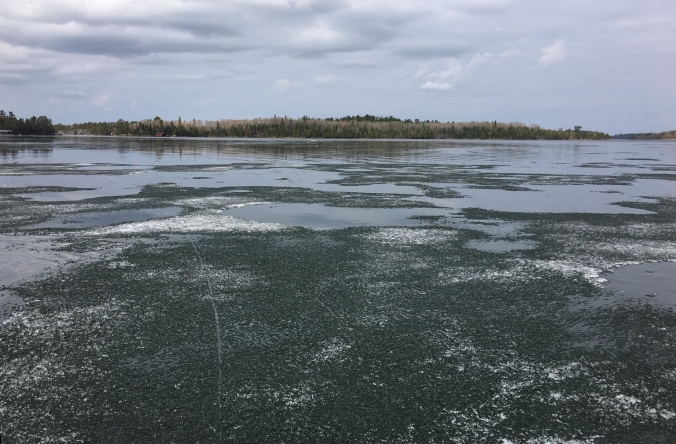 Jason says: The ice was quite rotten and was able to push through it slowly with the boat.

In other news, if you haven’t been reading the comments*, you may not have seen David Foerster’s report that Clearwater and Ptarmigan Bays are clear now.

*If you follow Lake of the Woods Ice Patrol primarily by email, you may miss some of the website’s extra features: comments, links, an archive of previous years, and the ability to scroll quickly to recent posts, or select them from a list. For all Ice Patrol has to offer, drop in on icepatrol.ca once in a while.

Signs of Spring: the snow is almost gone from the Seven Generations parking lot on Veteran’s Drive, the trees are finally starting to leaf out, and Safeway has put the ‘take a number’ dispenser back up at the deli. Seriously. They only use it in the summer.

AVIANS is now an audiobook